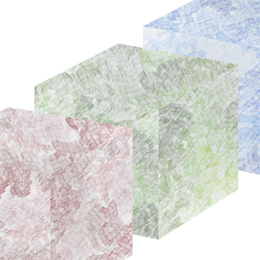 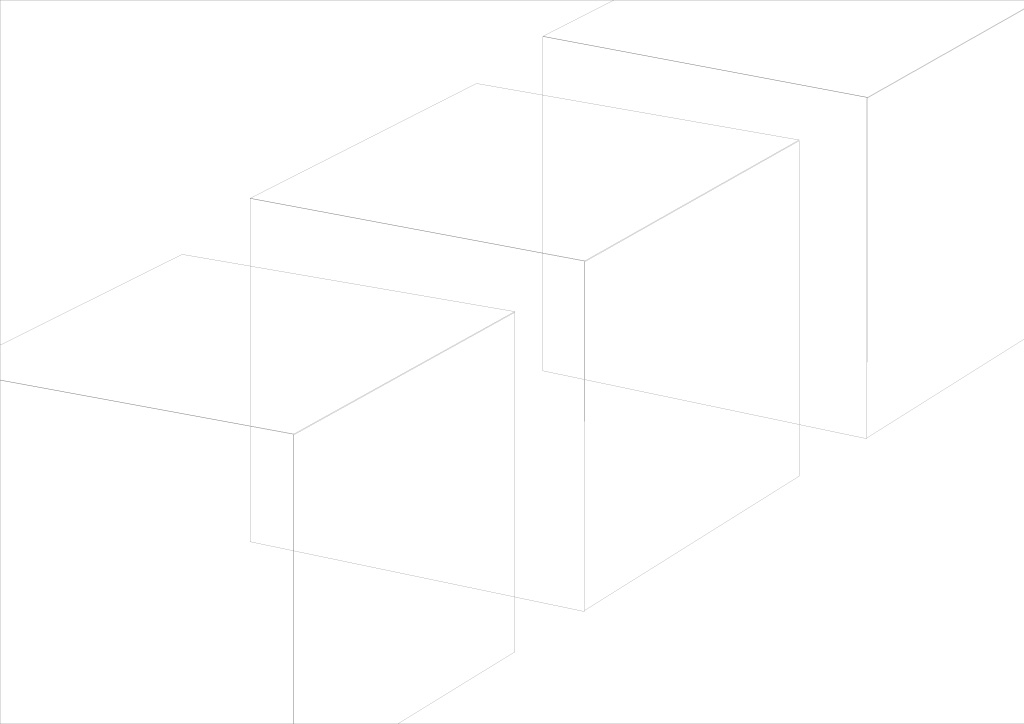 The sensation of perceiving colours on our screens comes as a result of mixing red, green and blue. The screens are made by a series of tiny points, also known as pixels. A pixel is the tiniest homogeneous colour unit which com- poses images. Each pixel is a group of three subpixels, one red, one green and finally one blue. The colour of each pixel is determined by the intensity and mixture of these three basic elements.

Final chord l is a new project based on image deconstruction, a transformation or more accurately a materialization of the three monochromes that composed Triple chord. They are transformed into three essential solids, three cubes.

The transition from the plain form to three dimensions, pixel by pixel. It is a metaphor of some sort about the mental collocation of images in our minds. I wanted to explore the process we use forming images, it is a celebration of the pixel. After all it is an element present in our everyday lives, even if it is invisible to our sight. This time we are in a similar situation to the ones narrated in Alice in Wonderland, the pixel has took form in a dimension that we can no longer explain, thus, it is an invitation to travel through an oniric trip.

Each cube is 240 cm x 240 cm x 240 cm, each one is drawn on its five visible faces with intermittent of red, green or blue hues. The result is a dense “sandstorm” that covers everything. They are three totemic colour fields, three pixels of gigantic dimensions that create an allegory of millions of pixels which offer an infinite number of combinations mixing red, green and blue.