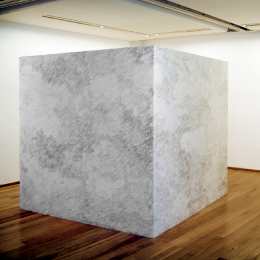 Everlasting Love is a platonic, cosmic, perfect solid. Endless love of a standard humble hexagon, and a declaration of principles to the legacy of the minimal movement present during my formation as well as in most of my projects.

Minimalistic forms flooded the artistic scene during the first half of the sixties, they achieved the definitive conquest of the space and the body of the person who is going to experience it. The spectator as subject is transformed from a model to imitate to a body which is experimenting. Furthermore, the space understood as a simple container changes to trigger thousands of possible experiences.

The metaphorical message behind minimalistic projects was not intended, actually, many artists avoided it without any trace of doubt. They also avoided systematically any reference to other plastic images. The minimalistic language consists of reduced forms which have a serial typography, supposedly a neutral one, strongly linked with modern architecture’s program. It is noticeable the absence of ornamentation, the form’s rationalism and the space democratization. The objective was to revindicate a definitive and timeless architectonic experience, emptied of all content and symbolic value.

Their utopian proposal was a step forward, they condensed the historic tradition and the cult to beauty and form. A legacy that started with Pythagoras and was followed through Plato, Boullé, Cezanne and Le Corbusier. However, its strong links with radicalism makes the Minimalists a very contradictory movement. Their attention is focused in an immediate “here and now” experience, asking the spectator and obviously his/her senses for full attention. Like everybody knows, our senses are rich in phantoms and fantasies 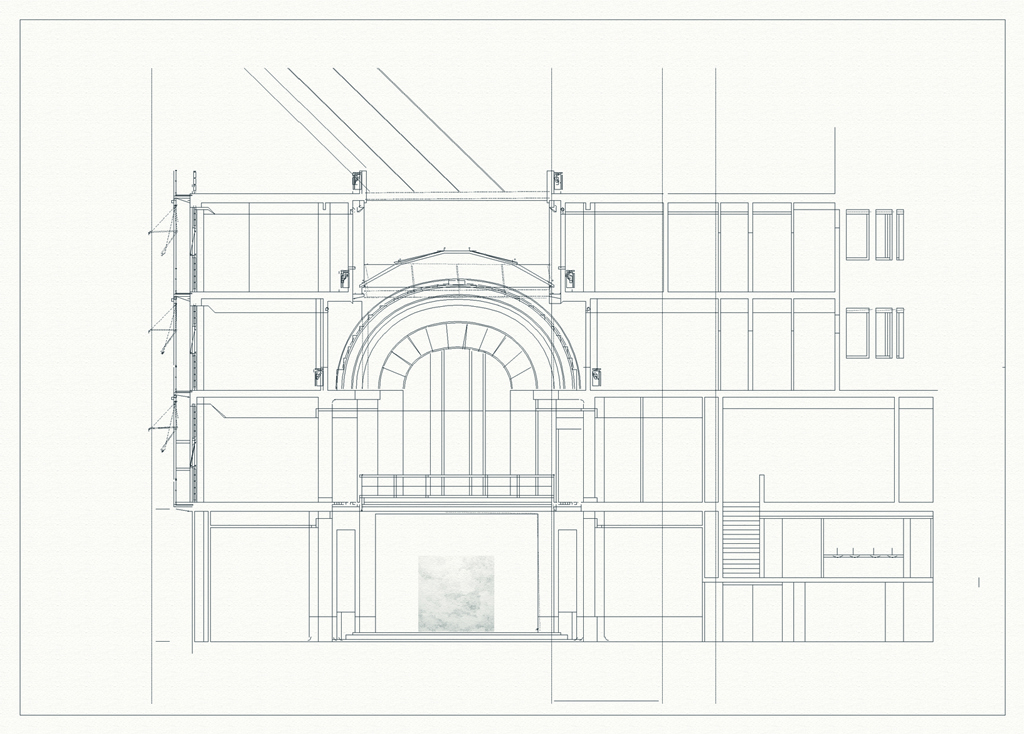 Everlasting love depicts from two sources a universe full of mentions and metaphors, the first one is a borrowed form, the other is a drawing without beginning or ending. Offering emphasis and lightness at the same time, it lead us to reflect about what is pretty and sublime, these categories are linked closely to the concept of infinity. A territory where minimalism feels at home.

To face a project with these traits was essentially a pure experience of measuring our own bodies and the space around us. The objective is no longer to distinguish and explain, actually, the gist of it is feeling, letting oneself go. The sensation is achieved thanks to the drawing, it encompasses everything with thousands of images being projected. 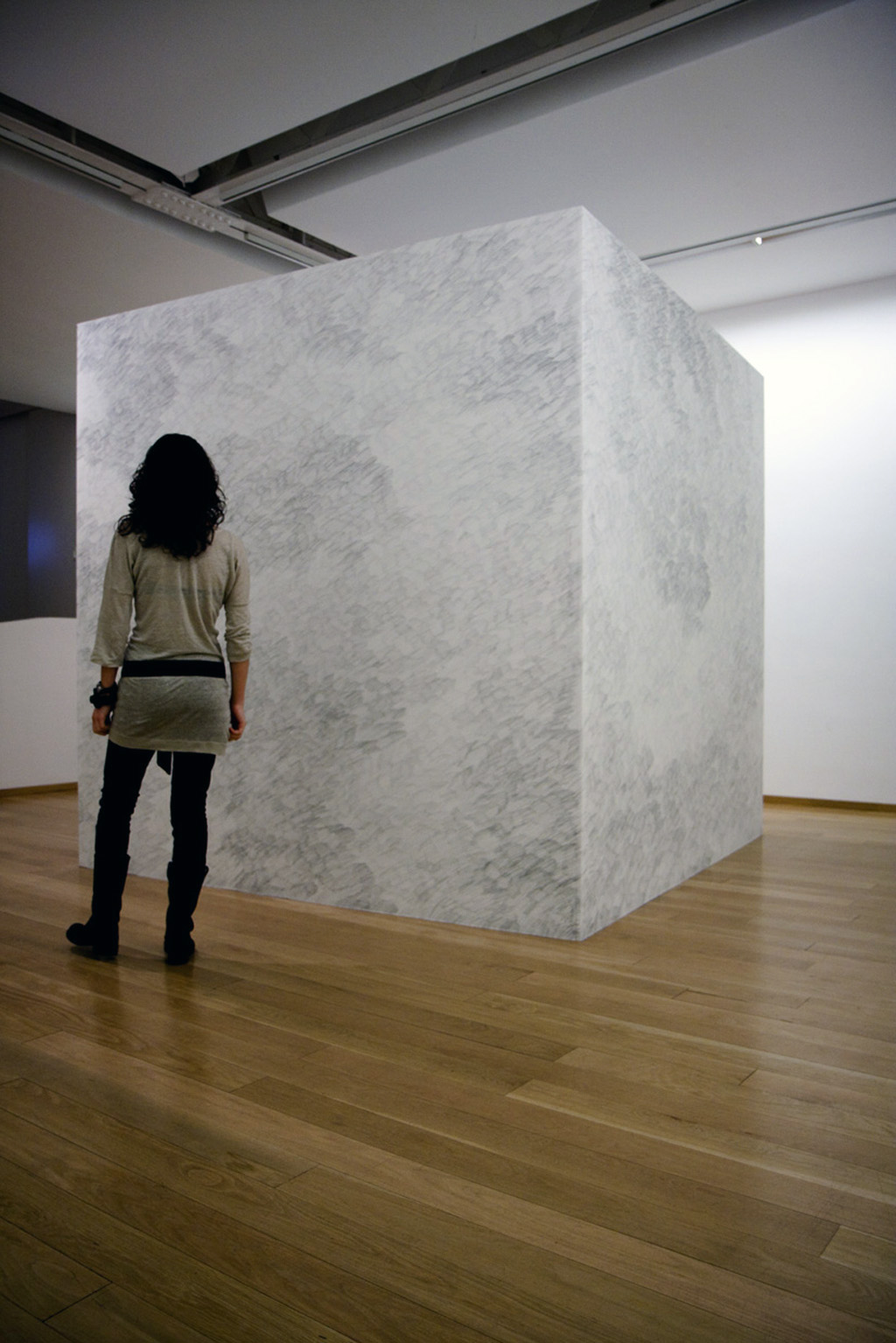 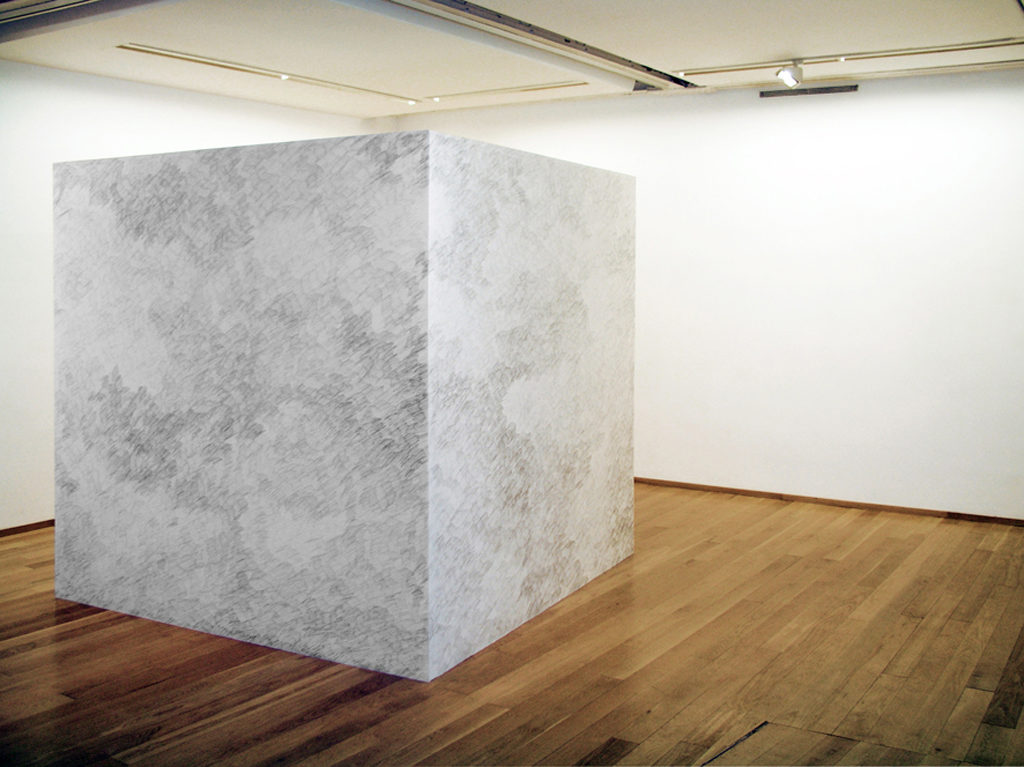