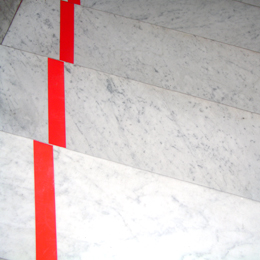 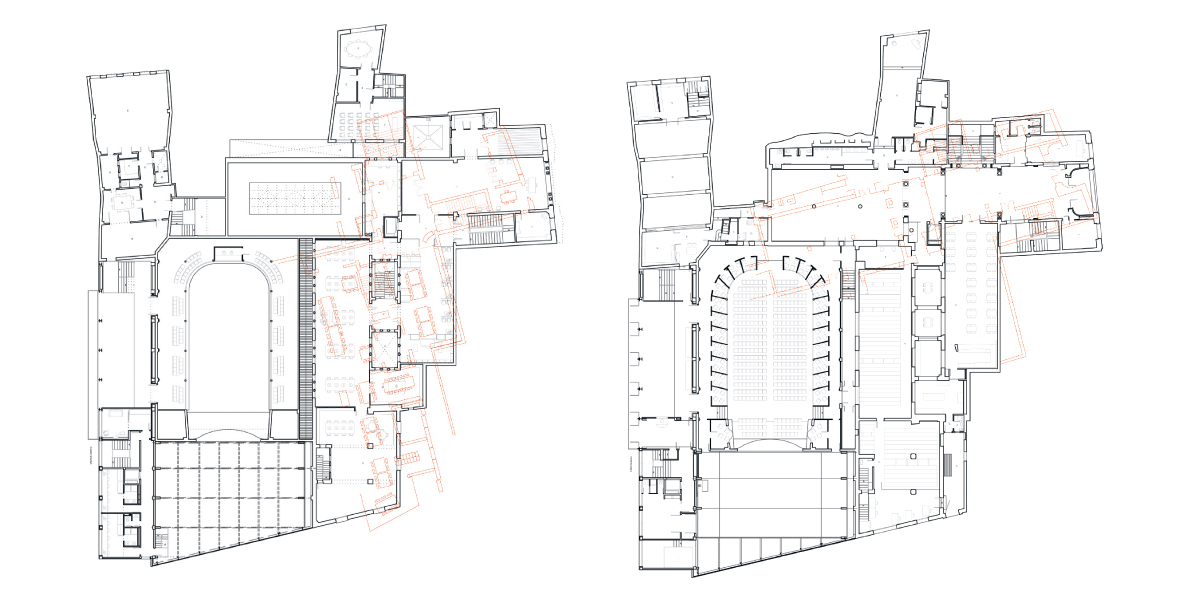 “Territory: (from the lat. territorium) n. Portion of the Earth belonging to a nation, region, province, etc.”

If we limit the definition of the word to the entry in the dictionary, the term territory defines immense, specific land, limited by physical, political or ideological borders, regions that need to be defended. However, a more subjective interpretation reveals indefinite or intimate spaces, closer to the individual and the experiential space: our room, our house, our neighbourhood, our city. In that case, the territory would refer to the area we inhabit. Environments with which we, immersed in our routines, often establish impersonal and automatic relationships. The starting point for this exercise is a reflection about those relationships and the consideration of architecture and itinerary as an aesthetic experience.

In comparison to other previous interventions that also used adhesive tape, this time the drawing does not offer a parallel unreal space. Instead, the actual building generates an alternative space, becoming a model of itself. A scale duplicate of the plan of the hall and of the areas in the first and second floors from which the centre’s different group activity zones are distributed. It is based on a 14º plan rotation that creates tension between the real space and his double, which mentally knocks down the construc- tion as it unfolds. The illusion is not aimed at deceiving the viewers’ perception, but rather to propose a complex interpretation of the environment, of drawing as experience, appropriation and measure. 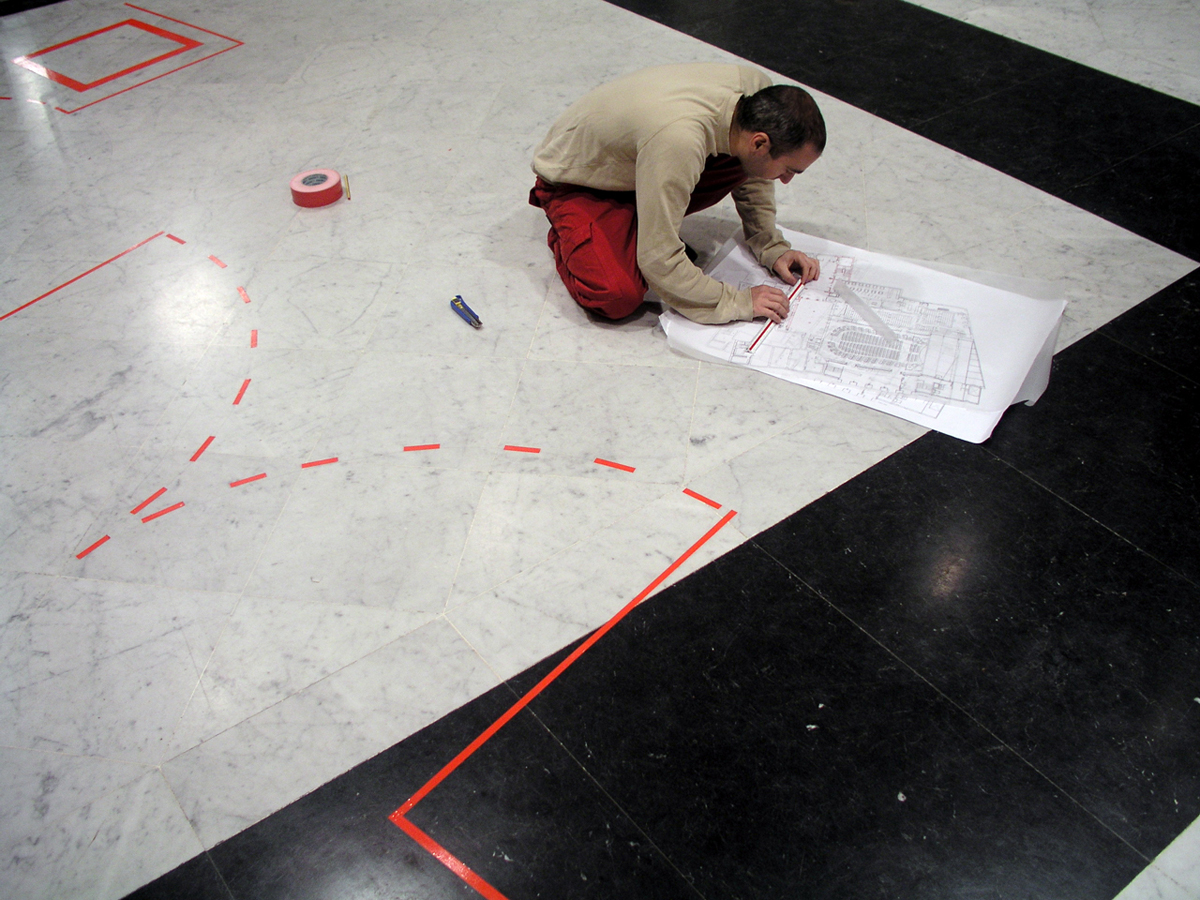