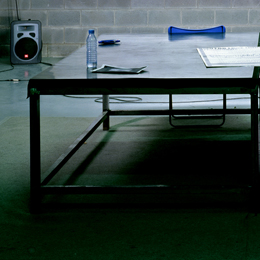 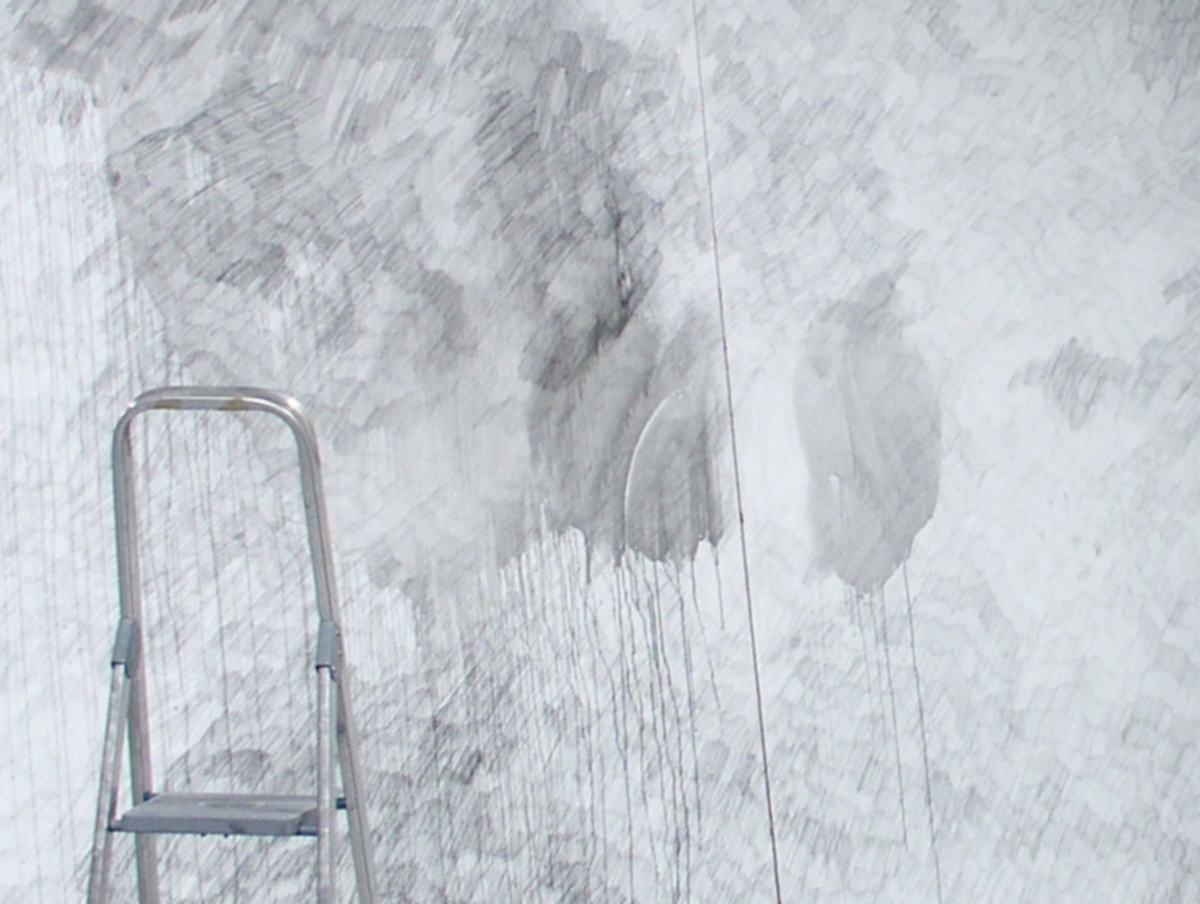 1. Hangar is an old industrial building in the district of Poble Nou in Barcelona. The former factory has been reconverted into a centre for production, studios and artist residencies. Over the passing of time its spaces have played a key role in my career, as I have conceived and developed many of my projects here.

My intention when conceiving this new project was very simple; to draw the whole surface of a projection screen and to then take a photo once the action was concluded. On this occasion, the area to be intervened measured 14 square metres; a panel made up of three white painted wooden modules located in a room normally used for workshops, to present events and as a set. 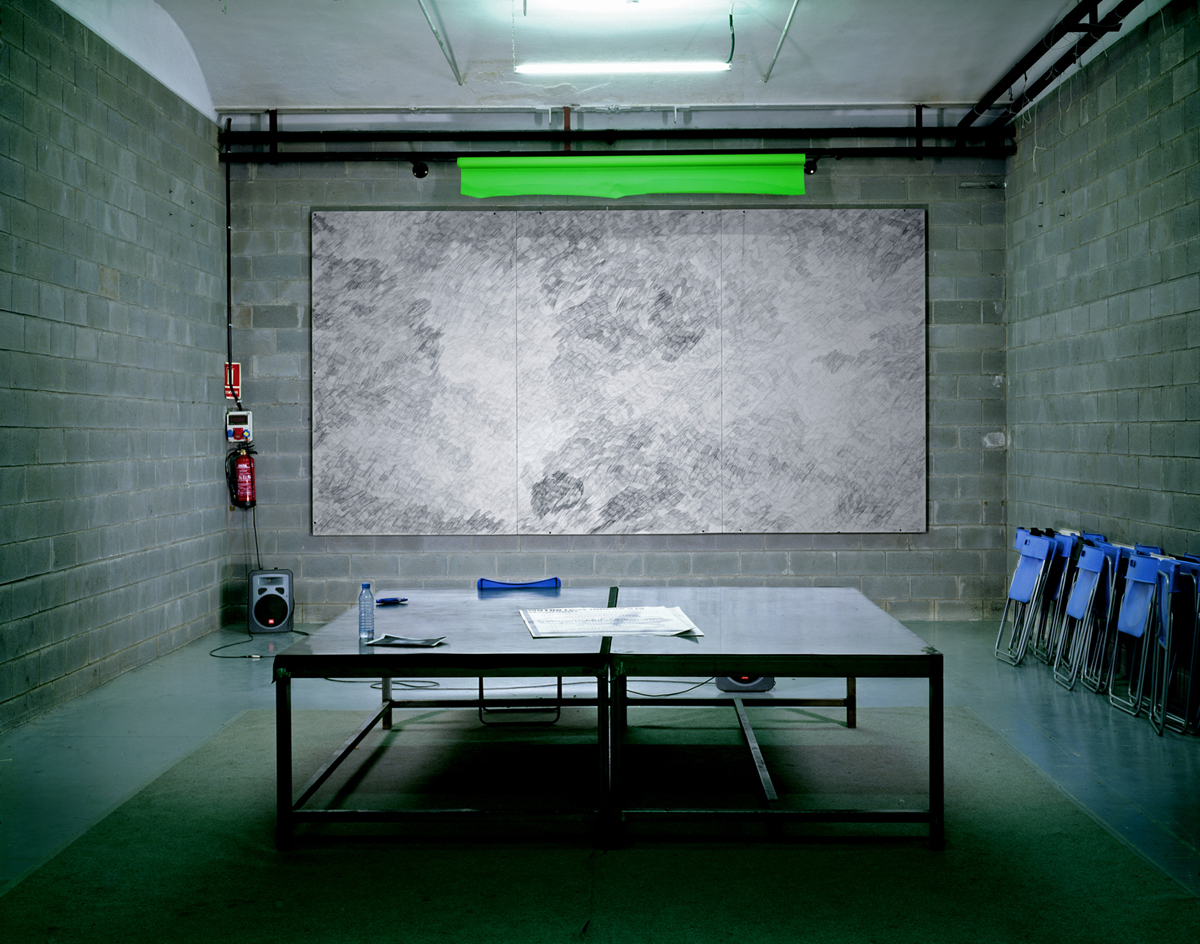 2. The screen as a key element in our visual imaginary -and as an element we are continually overexposed to- is a recurring theme in my recent production. With this ephemeral intervention my intention was to appropriate the space of representation and to project over it an image in which we are all represented through our gaze. A print that would condense by accumulation all the projections residually deposited on its surface.

The resulting photo recreates an unsettling scenography; a kind of great bunker where  this large map of sorts is hung, and where the objects we see -and which form part of the centre’s fixtures- speak to us of absent people,  of actions which we do not know whether they have happened already or are about to happen. A snapshot that evinces a core characteristic proper to a laboratory of ideas. 3. However, once again, as had happened to me on to other occasions, the snapshots that I use to document the whole process reveal another alternative narrative that you had not envisaged. A parallel story that forces you to rethink the nature and development of the project.

For programming reasons, and throughout the seven days the intervention lasted, I had to share the space with collectives who were also using it over the same period, though at different hours. So, over this period of time the drawing in progress had a number of anonymous spectators. Actors who, in your absence, projected over the still blank spaces of the screen; transforming the stage you had designed and leaving a trace of their everyday work. 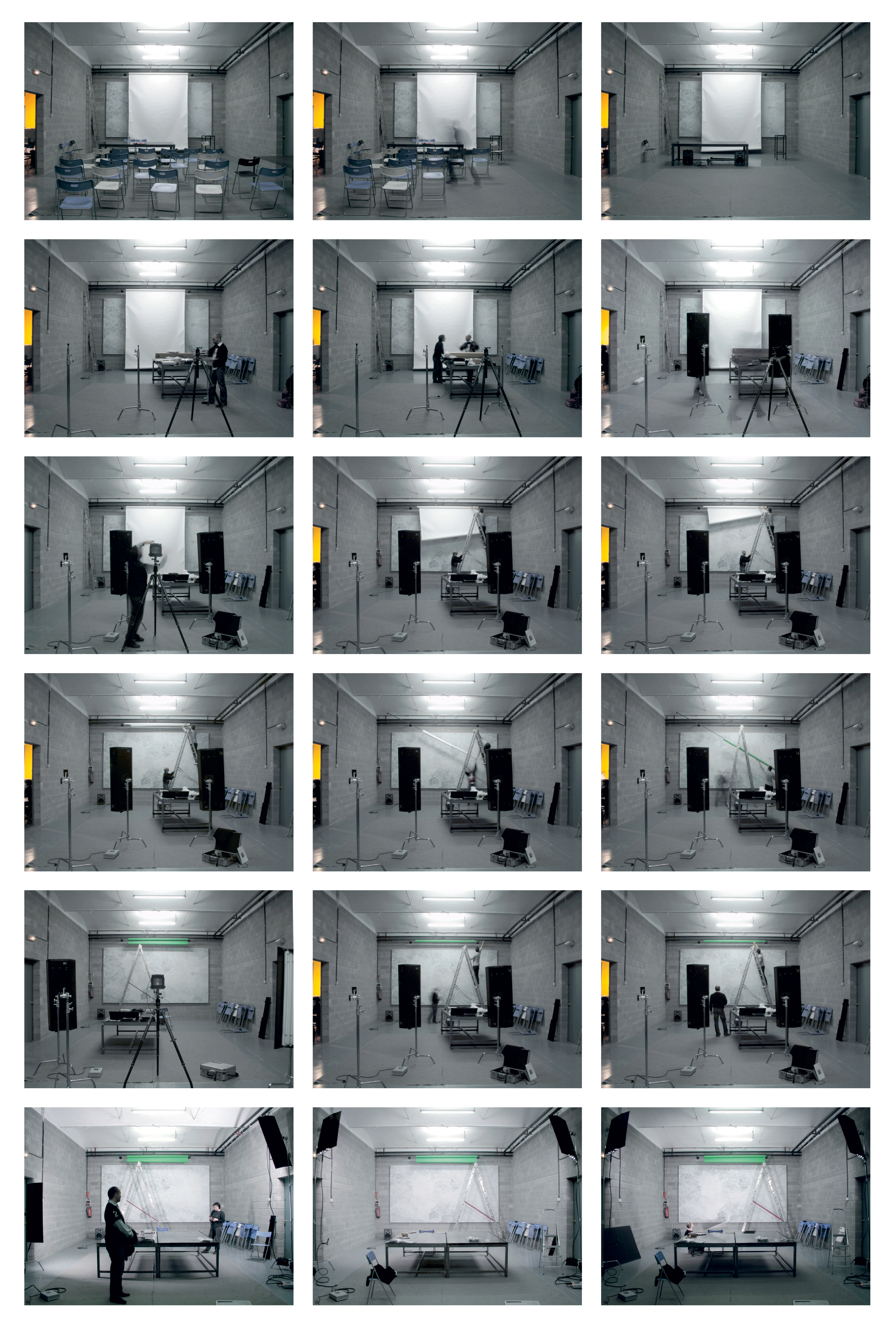 The later work produced with this documentary material lead to an artist’s book with the same title. Combining my reflections with the photographic recording, the publication is divided into an introduction and three chapters illustrated with 20 photos of different phases: the intervention on the projection screen; the preparation of the stage set for taking the photo; and, for the first time in your work, the erasing of the drawing. A requirement imposed by the centre given that the screen is in ongoing use.

In short, it is a loop that ends up where it began, completely blank, and an analysis of the circularity of contemporary creative processes, of chance, the fact of drawing as appropriation and the weight of our visual memory. 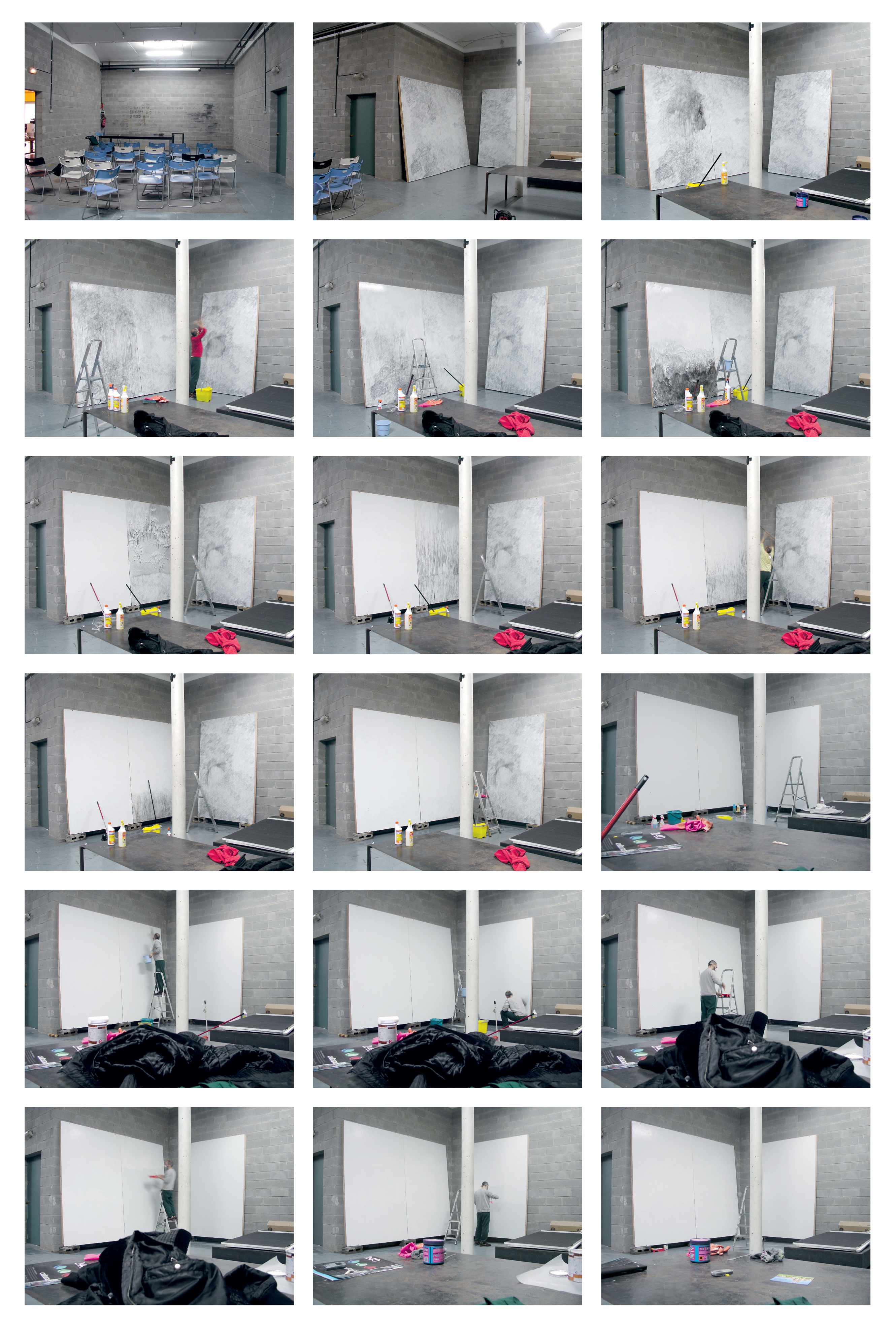